Here at 2TimeTheatre, we're passionate about revisiting, reviving,  and revitalising the work of long-dead writers.  Some are world-famous, whose popularity shows no sign of diminishing, but also those whose material can be re-imagined as playscripts, bringing the drama that exists in their writing to the stage and new audiences.

2TimeTheatre's performance arm was launched in October 2013 with a theatre production of Young Jane, short plays based on the early writings of a young Jane Austen and adapted by Cecily O'Neill. Austen's first - and only - play Love and Friendship was also performed.  Young Jane is the first publication from 2TimeTheatre (September 2016), followed by Drinking with Dorothy (January 2017). Meeting Miss Austen, the second collection of plays based on the Juvenilia, was published May 2017 and performed as part of the Winchester Festival in July 2017.  This was followed by a production of Jane Austen and The Waterman, written by Cecily O'Neill and Philip Glassborow for the SO: To Speak Festival in Southampton, October 2017.  The Honest Soldier, written by Philip Glassborow was produced in July 2018.Sir Walter's Women, written by Rachel O'Neill and directed by Alice Kornitzer was in The Great Hall, 14 & 15 September, 2018.  In 2019, Tilly and the Spitfires was part of Make It SO at NST City Space and produced as part of Heritage Open Days in September. Other productions included A Fruitful Season. Keats in Winchester and Lewd Women and Female Felons, both written by Cecily O'Neill. 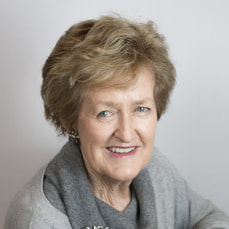 Cecily O’Neill is the founder and director of 2TimeTheatre, a new venture dedicated to re-imagining classic and original texts for performance and publication.

Adaptations for 2TimeTheatre include Meeting Miss Austen, Winchester Festeival 2017, and Venus and Adonis, Winchester Festival 2016. Other adaptations include Drinking with Dorothy, Players Theatre New York 2015, and The Golden Apple, Dublin Theatre Festival 2008. She had Jane Austen and The Waterman, co-written with Philip Glassborow, performed October 2017.

Cecily works extensively in theatre and is the author of a number of influential books on drama education, including Drama Words (1995). Children’s fiction includes Miss Macdonald had a Zoo (1991) and Tim and the Wolf (1986), both published and broadcast by the BBC.  Her next production is A Fruitful Season: Keats in Winchester, staged July 2019. 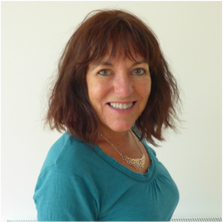 Rachel O'Neill is managing director of 2TimeTheatre.  Since graduating in Drama, she has had an extensive career in marketing and communications across a range of industries from dance label Gee Street Records to online giant AOL.

Rachel has attended several play-writing courses including those run by Angie Street, Amy Rosenthal and Shaun McCarthy.  Her work includes Playing with Clouds, co-written with Sian Radinger, and Sir Walter's Women, directed by Alice Kornitzer, which received its premiere at The Great Hall in Winchester, 14 & 15 September 2018.  Her most recent play, Tilly and the Spitfires, was performed at the NST City Space as part of the Make It SO Season, 2019. 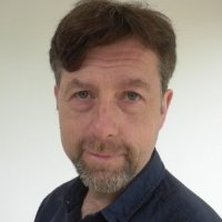 Michael Goron is script consultant for 2TimeTheatre.  He began his working life as a professional actor, working in everything from German Expressionism to traditional pantomime. He formed a small scale touring theatre company for which he directed a number of shows. Michael returned to Higher Education as a post-graduate student and, from 2007, as a lecturer at the universities of Winchester and Southampton Solent, UK.

His mongraph,'Gilbert and Sullivan's "Respectable Capers' - Class, Respectability and the Savoy Operas 1877 - 1909' will be published by Palgrave McMillan in October 2016.
Our commitment to Equality and Diversity

2TimeTheatre is passionate about furthering equality and diversity within our organisation and within our work. What do we mean by this?
Equality is about ensuring that every individual has an equal opportunity to make the most of their lives and talents, and believing that no one should have poorer life chances because of where, what or whom they were born, what they believe, or whether they have a disability.  Equality recognises that historically, certain groups of people with particular characteristics e.g. race, disability, sex and sexuality, have experienced discrimination and that it may be necessary to take positive action to address this.
Diversity literally means difference. It is about recognising individual as well as group differences, treating people as individuals, and placing positive value on diversity in the community and in our organisation.  For 2TimeTheatre, this means embracing and celebrating the richness of society and ensuring our local communities have a stake in it – and in us. It is also about valuing the unique skills, experiences and perspectives of every individual and finding ways to bring the best out of them. Diversity brings richness to our culture, society and economy and society.  It teaches us how to relate and co-exist with people who are different from ourselves.